Complete the second sentence with ONE word so it means the same as the first one. 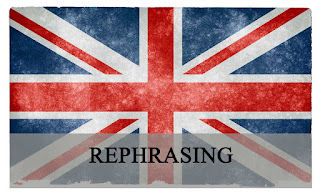