Watch the video and find synonyms for the following words.


1. Fragmentation
2. To cause to break
3. To move backwards
4. Having difficulties
5. Taking legal action
6. Without mercy
7. got married
8. Revealed
9. Making public
10. The Duke and Duchess of Cambridge


A computer program has beaten a master Go player 3-0 in a best-of-five competition, in what is seen as a landmark moment for artificial intelligence.
Google's AlphaGo program was playing against Lee Se-dol in Seoul, in South Korea. Mr Lee had been confident he would win before the competition started. The Chinese board game is considered to be a much more complex challenge for a computer than chess.
"AlphaGo played consistently from beginning to the end while Lee, as he is only human, showed some mental vulnerability," one of Lee's former coaches, Kwon Kap-Yong, told the AFP news agency. Mr Lee is considered a champion Go player, having won numerous professional tournaments in a long, successful career.

Go is a game of two players who take turns putting black or white stones on a 19-by-19 grid. Players win by taking control of the most territory on the board, which they achieve by surrounding their opponent's pieces with their own.

In the first game of the series, AlphaGo triumphed by a very narrow margin - Mr Lee had led for most of the match, but AlphaGo managed to build up a strong lead in its closing stages. After losing the second match to Deep Mind (The AlphaGo system was developed by British computer company DeepMind which was bought by Google in 2014) , Lee Se-dol said he was "speechless" adding that the AlphaGo machine played a "nearly perfect game".
The two experts who provided commentary for the YouTube stream of for the third game said that it had been a complicated match to follow. They said that Lee Se-dol had brought his "top game" but that AlphaGo had won "in great style".

It has built up its expertise by studying older games and teasing out patterns of play. And, according to DeepMind chief executive Demis Hassabis, it has also spent a lot of time just playing the game."It played itself, different versions of itself, millions and millions of times and each time got incrementally slightly better - it learns from its mistakes," he told the BBC before the matches started.

Does this mean AI is now smarter than us and will kill us mere humans? Certainly not. AlphaGo doesn't care if it wins or loses. It doesn't even care if it plays and it certainly couldn't make you a cup of tea after the game. Does it mean that AI will soon take your job? Possibly you should be more worried about that.


Question 1: [2 POINTS] Indicate whether the following statements are true or false and write down which part of the text justifies your answer.

Question 2: [2 POINTS] Answer the following questions in your own words.

a- Was the competition developed as everybody hoped a priori?
b- How has AlphaGo been trained to be the winner?

Question 3: [1,5 POINTS] Find words or phrases in the text that correspond to the words and definitions given.

Question 4: [1,5 POINTS] Choose and write the most suitable answer (a, b, c or d) according to the text

1. According to the text, AlphaGo started
a)  playing showing kind of indecision.
b) and finished playing without any hesitation.   .
c) playing a different game.
d) playing very fast but it couldn’t win..

3. AlphaGo
a) feels something special when it wins a game
b) doesn’t worry about the results
c) don’t care about anything
d) could help you at home with your meals

Do you think technological advances are always good or can they sometimes be bad and harmful?

How to get started as a runner


Just how hard should you push yourself if you’re not used to exercise?

The biggest mistake you can make when you start running is being overly enthusiastic. It is likely you have not run properly since school, and as mentally prepared as you might be to get going, you probably are not physically ready. Body conditioning is a good way to ease yourself in; cross-training leading on to easy runs is better than going from zero to flat out.

Keep it comfortable. A lot of people think they need to really push themselves to get better, but this can have the opposite effect. If you go for a fun 20- to 30-minute jog, you are more likely to be motivated to go again than if you end an hour-long run with a sprint finish, in pain and heaving like a donkey. Some people feel embarrassed if they have to stop running and start walking, but what is important is feeling comfortable. The joy of running often comes from being in a park or in the countryside, so let yourself run for a bit, slow down and appreciate your surroundings, then start again. Don’t think about how far you are going to go – just enjoy the journey.

Make sure you get shoes that properly support you, so you don’t hurt yourself. And try to stick to softer surfaces such as grass. Running on concrete in the wrong shoes can end in disaster.

If you feel intimidated by running long distances, it can be beneficial to start on a treadmill. However, the goal should be to run outside, because it is far more enjoyable.

Question 1. Indicate whether the following statements are True or False and write down which part of the text justifies your answer.

a) Starting to run with too much enthusiasm is the best thing you can do.
b) Running for a short time is more motivating than going for long runs.
c) It’s important not to stop running in order to feel comfortable.
d) The further you run, the more you’ll enjoy the journey.

Question 3. Find words or phrases in the text that correspond to the words and definitions given.

Question 1
a) False. The biggest mistake you can make when you start running is being overly enthusiastic.
b) True. If you go for a fun 20- to 30-minute jog, you are more likely to be motivated to go again than if you end an hour-long run with a sprint finish, in pain and heaving like a donkey.
c) False.  Some people feel embarrassed if they have to stop running and start walking, but what is important is feeling comfortable.
d) False. Don’t think about how far you are going to go – just enjoy the journey. 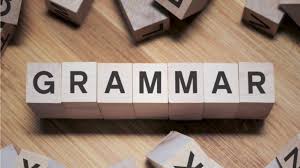 Rewrite the sentences in reported speech using the reporting verbs below.

1. “Nobody likes my new dress,” Cathy said.
2. “Why did I fall in love with Ben?” I said.
3. “Apologise to your sister immediately,” my father said to me.
4. “Take out the ingredients for the cake,” the chef said to the students.
5. “We have gone to war,” the president said to the citizens.
6. “You mustn’t drive through a red light,” the policeman said to the driver.
7. “You will get a special birthday present,” my parents said.

KEY
1. Cathy complained that nobody liked her new dress.
2. I wondered why I had fallen in love with Ben.
3. My father ordered me to apologise to my sister immediately.
4. The chef instructed the students to take out the ingredients for the cake.
5. The president informed the citizens that they had gone to war.
6. The policeman warned the driver not to drive through a red light.
7. My parents promised me that I would get a special birthday present.

VOCABULARY: MAKE OR DO

Complete the sentences with the words below and the correct form of make or do.